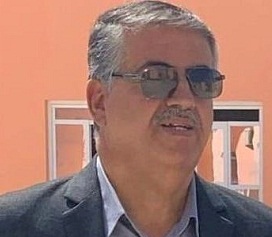 About the geography department

The Department of Geography Sciences, College of Education, University of Dhi Qar was established for the academic year 2008/2009 by accepting 44 students and after the division of the college in 2012 into two faculties, one of them purely scientific and the other humane, the Department of Geography became one of the departments of the College of Education for Human Sciences. During the 2015/2016 academic year, the department includes about 580 Male and female students for the four school stages in the morning study, (260) students in the evening study, and (14) teachers in various disciplines, as well as lecturers from outside the college who study secondary courses.
The department includes a laboratory for GIS and remote sensing RS.
The department grants a bachelor’s degree in geography after preparing and preparing students for a period of four years, so that the graduate can then work as teachers in educational institutions. The field of geography for the relevant institutions in the province of Dhi Qar, which contribute to solving problems that hinder development in the province

Excellence in the fields of geographical studies aimed at serving the community, developing the environment and preparing distinguished cadres capable of using modern technologies and securing scientific competencies in geographic information systems and maps to serve the country and to meet the needs in the multiple areas of life and participate in solving environmental problems.

Among those studies are:-

2- The problems of random housing and their impact on cities in general, and the development of solutions to address them

3- Monitoring the problem of desertification in the governorate and the southern part of Iraq with its various manifestations.

7- Development of water resources through means of water harvesting using modern technologies to meet the challenges posed by neighboring countries on the water revenue of the Tigris and Euphrates rivers.

11- Evaluating the efficiency of educational, health and recreational services in the various cities of the governorate

12- Estimating the real needs of educational, health and recreational services for the different cities in the governorate

13- Developing tourism in the marshes and monuments of southern Iraq, and determining the best places for establishing urban settlements

14- Studying the problems of the housing deficit in the various cities of the governorate, and determining the best places for the expansion of cities to establish housing complexes to solve that problem

17- Studying the effects of climatic changes on the amount of surface water in the governorate in particular and Iraq in general.

18- Studying the characteristics of the tourist climate in the marshes of southern Iraq.

19- Knowing the increase and fluctuation in the amount of rain by analyzing the maps of the pressure systems causing it.
** Mission and Objectives

In the Department of Geography, there is a scientific library that includes more than (1750) books and several copies in various geographical disciplines, as well as some books and magazines issued by Iraqi universities, master’s theses and doctoral theses, as well as a group of books that have a scientific relationship to the specialization of geography such as politics, psychology, statistics, and books And magazines in English

B – There is in the College of Education for Human Sciences a scientific library that includes collections of geographical books on various disciplines, as well as the central library at the university to which master’s theses and doctoral theses are received from various Iraqi universities through the ministry, in addition to that it includes many books on geography and nearby disciplines Including geology, soil, agriculture……..etc

We're not around right now. But you can send us an email and we'll get back to you, asap.